SINGAPORE, 11 OCTOBER 2018 – Despite having been injured for most of the campaign, Khairul Nizam has been called up to the Singapore National Team for their upcoming international friendlies.

The Warriors FC striker only made six appearances in the Singapore Premier League (SPL) this year, but has been trusted by Fandi Ahmad to play a part in the Lions’ preparations for the AFF Suzuki Cup next month.

On the road to regaining his full fitness, Nizam is looking forward to featuring in the matches against Mongolia at home this Friday and away to Cambodia next Tuesday.

“I’m happy that they still believe in me and trust that I can do this job,” he told the FAS website. “So right now, I need to focus and prove to them that I deserve to be in this team. UNLUCKY
The 27-year-old has had an unfortunate history of injuries throughout his career, particularly with anterior cruciate ligament (ACL) damage to both knees that have required operations.

Consequently, the former LionsXII and Home United FC player has struggled to put together consistent runs of appearances for both club and country.

Nizam injured his left ACL in August 2012 and then had to undergo surgery because of cartilage damage in his left knee in 2013, which restricted him to just 20 league appearances between 2012 and 2014 for Lions XII.

Towards the end of 2014, things started to look up for Nizam and he was included in the Singapore squad for the Suzuki Cup that year. However, he did not play a single game as Singapore were eliminated in the group stages.

His final year for Lions XII in 2015 appeared to be promising as he chalked up 14 appearances in the Malaysia Super League and scored three goals. His following two-year spell with Home proved even more productive as he made 31 league appearances and scored 12 times.

However, the injury curse struck Nizam again this season at new club Warriors and he only made his debut in their 14th league game of the year.

After a stop-start domestic campaign this year, Nizam looks to be finally regaining his fitness just in time to be in consideration for the AFF Suzuki Cup 2018 squad. 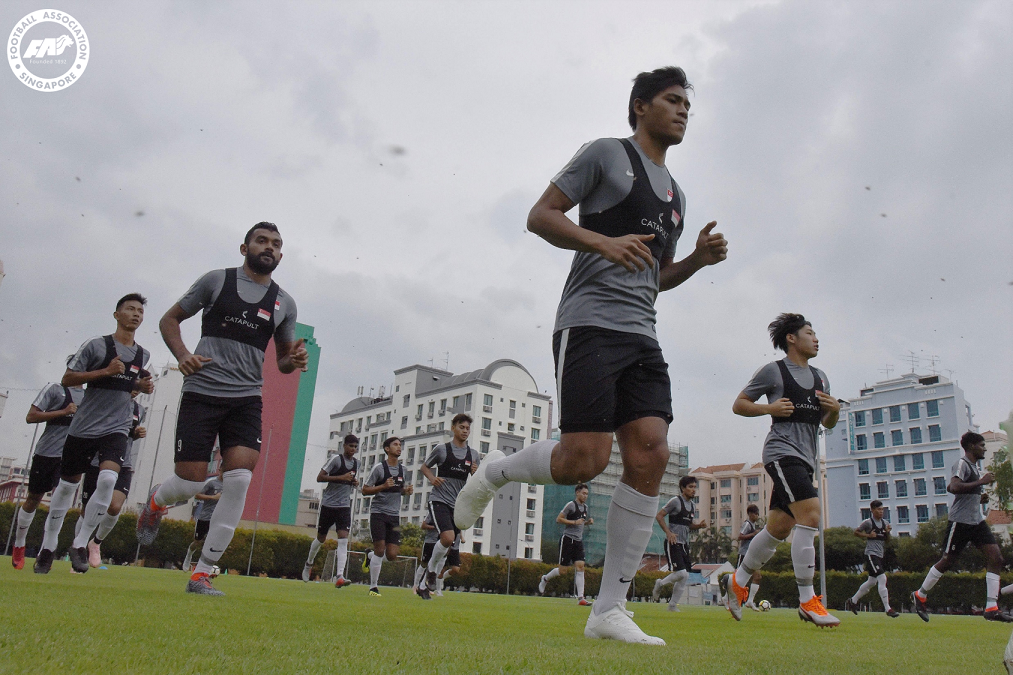 ROAD TO FITNESS
He had been a last-minute call up for the previous round of friendlies against Mauritius and Fiji to replace winger Faris Ramli, who was sidelined by injury and Fandi knows the value of the striker when he is firing on all cylinders.

“When he is fit, he is one of our key players,” Fandi said. “He has the potential and talent to help us… we want to help him with his injuries and do a lot of strengthening.”

Nizam, who joined the team for training on Monday in preparation for the upcoming friendlies, believes he is on track to be back to his best ahead of the Suzuki Cup. The Lions kick off their campaign on 9 November at home to Indonesia.

“For me, it is quite tough,” he admitted. “I am just coming back from injury and I need a bit more time to adapt… I think my fitness now improved a lot. Before this training, I did a lot of running – (however, to be good) with the ball and physical (strength) I just need a bit more time.”

As Nizam continues to regain his fitness, he is looking forward to contributing by doing what he knows best to do.

“For me, it’s basic – I just need to score and to do something for my country and for everyone,” he asserted.